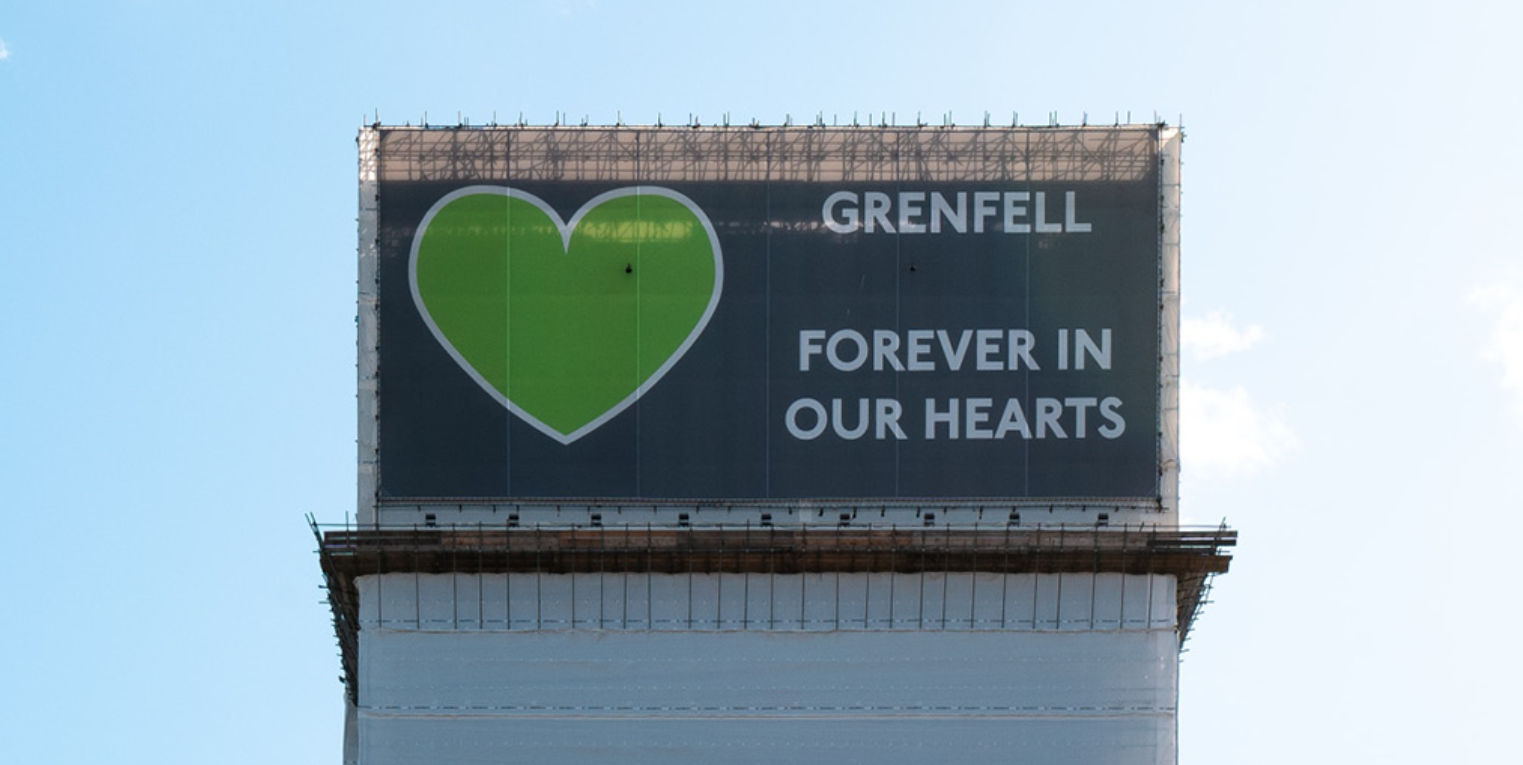 Today, the 14 June 2022, marks 5 years since the Grenfell Tower tragedy and the devastating loss of 72 people’s lives.

We want to take this opportunity to remember all of those people, and to share our support for Grenfell United – the group made up of survivors and the families of victims – who are still fighting for justice 5 years on.

In addition to pursuing justice, Grenfell United continue to be steadfast in their campaigning to ensure that everyone is safe in their homes. As one of hundreds of housing providers across the country, we are working in solidarity to ensure the same.

Since the Grenfell disaster we have prioritised deepening the relationship with our customers to ensure that their voices are heard on matters relating to the quality and safety of their home. We have also continued to maintain our focus on health and safety as a corporate priority including reviewing fire safety measures, new training for our fire risk assessors and an independent audit of our fire safety measures.

The devastating night at Grenfell is a moment in history that should never have escalated so severely. Whilst justice is still being sought by so many, we remember all those living with the impact of the fire, and those who paid the ultimate price.

Khadija Saye (24)
Khadija was an accomplished artist about to feature in a documentary with the BBC before her death.

Mary Mendy (54)
Mary was the mother of Khadija and the two lived together.

Berkti Haftom (29) and son Biruk (12)
Berkti was also 10 weeks pregnant at the time of her death. Her unborn child is counted in the 72 deaths.

Ali Yawar Jafari (81)
Ali was rescued by firefighters but died at the scene after inhaling fire fumes.

Jessica Urbano Ramirez (12)
Jessica borrowed a phone to spoke to her family where she let them know she was trapped on the stairs with others before she died.

Logan Gomes (stillborn)
Andreia Gomes and her family escaped Grenfell but her unborn baby Logan died as she lay unconscious in hospital. Doctors delivered Logan to save Andreia. Mohammad al-Haj Ali (23)
Mohammad, a Syrian refugee who loved London, was the first person to be identified as a victim after falling from the burning building.

The Choucair family
Six members of the same family all died in the blaze. Nadia, Bassem, Mierna (13), Fatima (11), Zeinab (3), Sirria (mother of Nadia).

Isaac Paulos (5)
Isaac was one of the youngest children to die in the fire and was described as a “kind, energetic and generous little boy”.

Mariem (27) and Eslah Elgwahry (64)
A mother and daughter whose bodies were found together.

Joseph Daniels (69)
Joseph’s son describes his father as having dementia and could not be persuaded to leave his flat.

Gloria Trevisan (26) and Marco Gottardi (27)
Gloria and Marco were two engaged Italian architects who had recently moved into Grenfell.

Marjorie (68) and Ernie Vital (50)
Ernie worked in catering and lived with his 68-year-old mother, a former textile worker.

Vincent Chiejina (60)
Vincent was found on the 17th floor, near to where he lived.

Raymond Bernard (63)
Raymond sheltered six people in his top-floor flat, offering them his bed as he sat on the floor.

Deborah Lamprell (45)
Deborah, known as Debbie, worked as front of house at Opera Holland Park and was described as “always helping others”

Abdeslam Sebbar (67)
Abdeslam was found on the 11th floor, which is where he lived.

Dennis Murphy (56)
Family members describe the “gaping hole” left in their hearts at the loss of Dennis.

Mohamed Neda (57)
Mohamed’s injuries were consistent with a fall.

Ligaya Moore (78)
Ms Bunggay, Ligaya’s friend said: ‘She was so proud to live in Grenfell. She would always say every time we walked past ‘Nenita, that’s my building, 21st floor”.

Sakina (65) and Fatima Afrasehabi (59)
Sakina and Fatima were sisters and Sakina was only able to walk with a stick which made navigating the stairs difficult on a good day, and impossible during the fire.

Steve Power (63)
Steve died on the 15th floor, where he is thought to have lived.

Zainab (32) and her son Jeremiah Deen (2)
Zainab was described as a ‘beautiful, loving lady’ by a group of friends who gathered near Grenfell Tower to pay tribute to her. Jeremiah’s family said of him: ‘You spent a moment in our arms, but you will last a lifetime in our hearts.’

Sheila Smith (84)
A friend described Shelia as a ‘truly beautiful person’ and ‘love, pure and simple’.

Khadija Khalloufi (52)
Khadija leaves behind husband Sabah Abdullah who fulfilled his wife’s wishes of having her funeral in Morocco.

Mohamednur Tuccu (44), Amal Ahmedin and Amaya Tuccu-Ahmedin (3)
Both father and mother and small child Amaya died in the fire

Fathia Ahmed (71) and children (39 and 35)
Fathia’s two children, Abufars Ibrahim and daughter Isra Ibrahim both died on the night of the fire with their father.

Amna Mahmud Idris (27)
Amna was the cousin of Amal Ahmedin, who also died in the fire. Amna was visiting family in Grenfell.

Rania Ibrahim (30), Fethia (5) and Hania (3)
Rania and her two young children died in the fire. Rania uploaded a harrowing Facebook Live video as she appeared to be stuck at the top of the tower block.

Gary Maunders (57)
Gary is believed to have been with his friend Deborah Lamprell, who also died, when the fire broke out.

Hesham Rahman (57)
Hesham is said to have last made contact with his family at around 3am when he told them he could smell smoke.

Victoria King (71) and Alexandra Atala (40)
Victoria and her daughter Alexandra died at each other’s side. Relatives said ‘Some comfort can come from the knowledge that she and Alexandra were devoted to one another and spent so many mutually-supportive years together.’

Maria del Pilar Burton (72)
Maria was the last of the 72 victims to die from the injuries she sustained in the fire after seven months fighting for her life in hospital.

The information about each of the 72 people killed in the fire was taken from this piece in the Metro in 2018.